Put simply it is a three part approach to solving the crime problem. Crime Stoppers relies on cooperation between the police, the media, and the general community to provide a flow of information about crime and criminals.

Calls are received at the local Crime Stoppers tips line phone. This phone is a stand alone instrument which does not provide caller ID, and conversations are not recorded. The Crime Stoppers Coordinator receiving the information completes the tips information form, makes initial inquiries and then passes the information to the investigating law enforcement officer. Calls are accepted regarding any publicized request for information, such as "Crime of the Week" or such other crime(s) the caller has knowledge of.

By guaranteeing a caller's anonymity, Crime Stoppers allows the caller to give information in a positive atmosphere without the prospect of retribution. By offering cash rewards for information leading to indictment or arrests, the program encourages otherwise reluctant callers to provide information.

Tipsters now have the option of giving us tips online. The process is completely secure and anonymous and is a very effective and efficient means of safely communicating with us in today's world. Our WebTip process is powered by the world's leading online tip solution provider, Anderson Software.

The very unique integrated Two-Way Dialog capabilties allow the tipster to come back and provide additional information to their tip at any time, but also provides a secure means for the coordinator to ask questions or provide reward information back to the tipster through the same secure and encrypted interface.

Tipsters also have the option of sending an anonymous crime tip from the tipter's smartphone using our P3 Tips mobile application.  As with online tips, mobile tips are also completely secure and anonymous. Once the tip is sent via the app, the tipster will automatically receive confidential code number so they may add additional information to the original tip if necessary.  Using the same Two-Way dialog capabilities of online tip reporting, Crime Stoppers will be able to re-contact tipsters via the same regarding their tips.  Tipster can also anonymously upload photos, videos and audio files with their tips.

The P3 Tips mobile application is available for free on on the Apple App Store and Google Play.  Watch our  P3 Tips How-to Video . 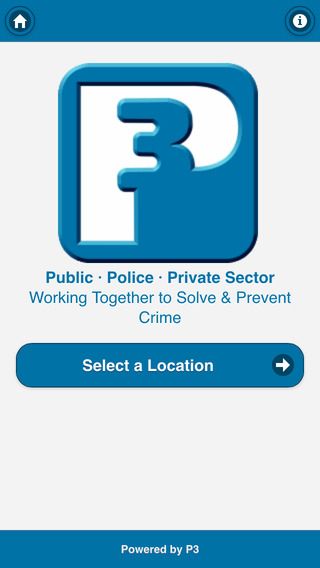 Structure and Funding of Crime Stoppers

A community board of directors, made up of persons from throughout the area, meets on a monthly basis to evaluate arrests and to decide on the size of rewards to be paid, up to $3,000. Rewards are then distributed in a private manner to the callers. Callers are eligible for rewards up to $3,000, but, despite this, many callers choose not to collect their rewards.

The answer is quite simply, yes. Since the start of Crime Stoppers, many calls have been received resulting in thousands of arrests and recovery of substantial amounts of property. Calls have included information about murder, robbery, rape, assaults, drug and firearm offenses.

The success of a Crime Stoppers program cannot be purely judged on statistics, however, other benefits have come to notice:

Crime Stoppers is definitely here to stay. It has been accepted by law enforcement as a valid and effective investigative tool and the public, through its overwhelming response, appears to have accepted it as a more palatable alternative to traditional methods of giving information.